We Have Permanently Move To www.autocorners.com


Thank You For Your Support 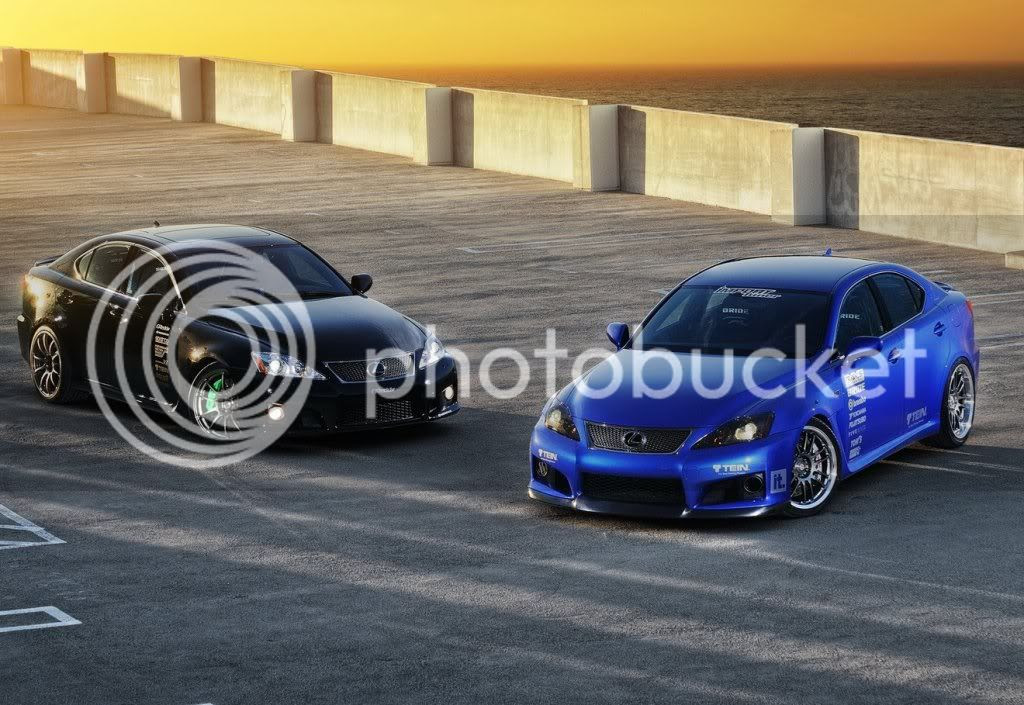 Lexus is released four modded IS-Fs and a F-Sport accessorized IS 350. Among the four IS-Fs that have been customized by various tuners and magazines is last year's menacing Five Axis "Project IS F" and a new 5.8 liter V8 engine is fitted.

Project IS F by Five Axis 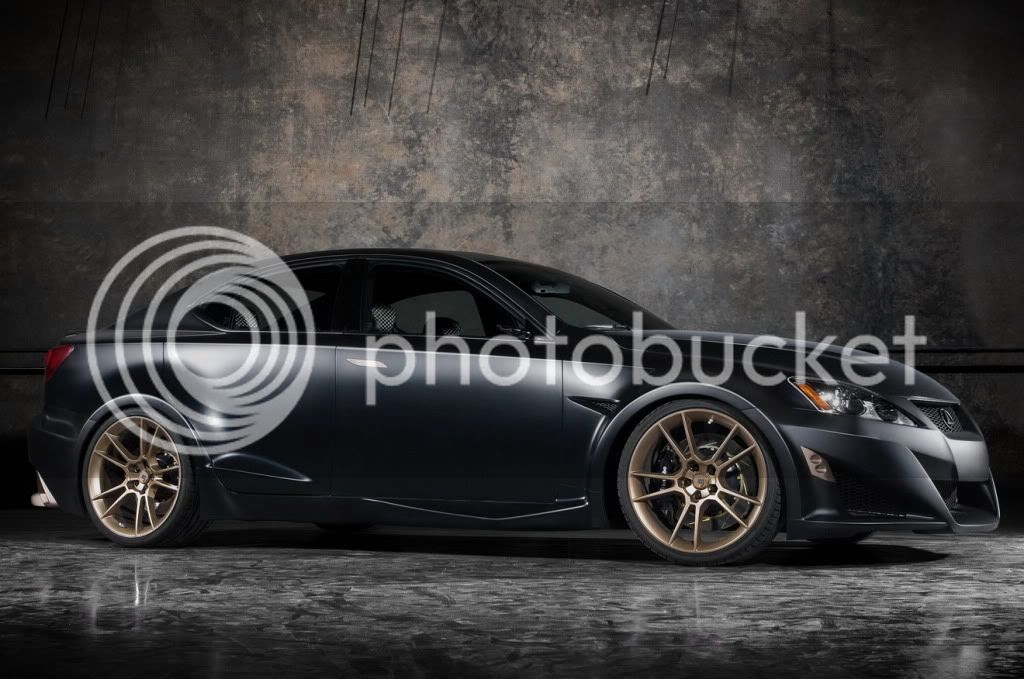 The engine of the car is producing 416 hp on tap right out of the box, the standard IS F is no slouch. However the Project IS F concept brief included exploring the performance potential of its direct-injected 5.0-liter V8, so it now sports 5.8 liters while receiving ported and flowed cylinder heads, a new exhaust system and changes to the electronic controls. 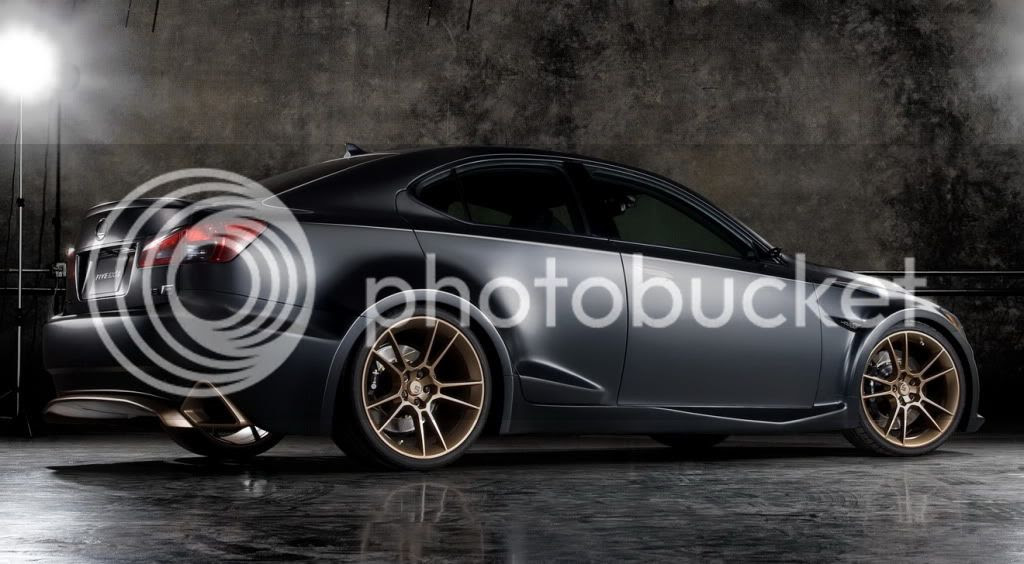 IS 350 with F-Sport Accessories The IS 250/350 is Lexus' entry point into the luxury sport sedan arena. It's a tuner-friendly and robust platform that responds extremely well to performance upgrades. This car is fully loaded with all the offerings from the F-Sport performance accessory catalog. It also sports a new concept ground-effects body kit designed to complement the increased performance and aggressive stance provided by the F-Sport components

IS F by Import Tuner Magazine/TEIN 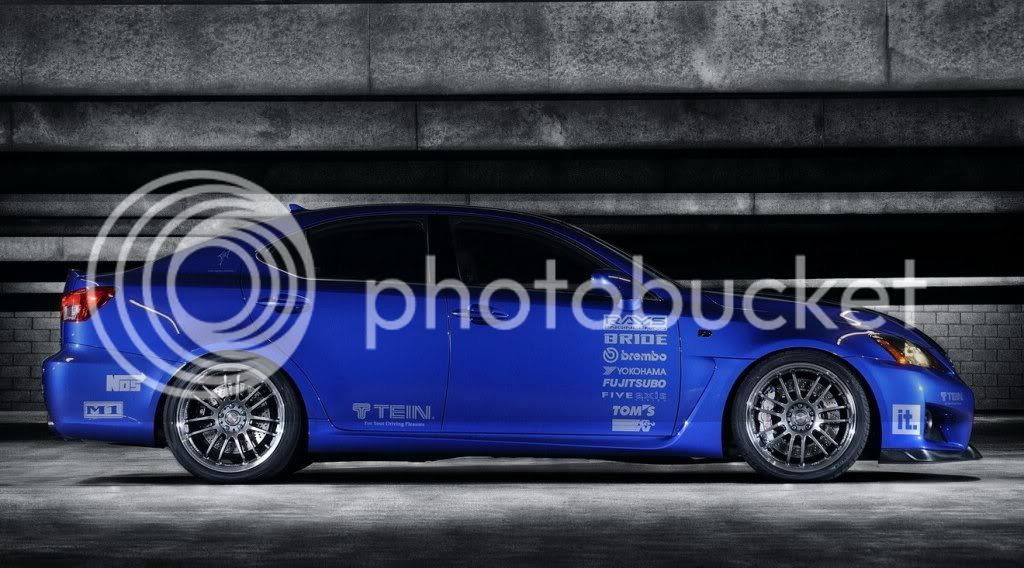 Import Tuner Magazine and TEIN suspension company put their collective heads and expertise together to create an IS F that's focused on track performance, while still remaining practical for the street. Weight reduction, added chassis stiffness, special suspension and big sticky tires take care of the corners, while a comprehensive nitrous system boosts the engine for bursts of overtaking power. Coming soon to a track near you. 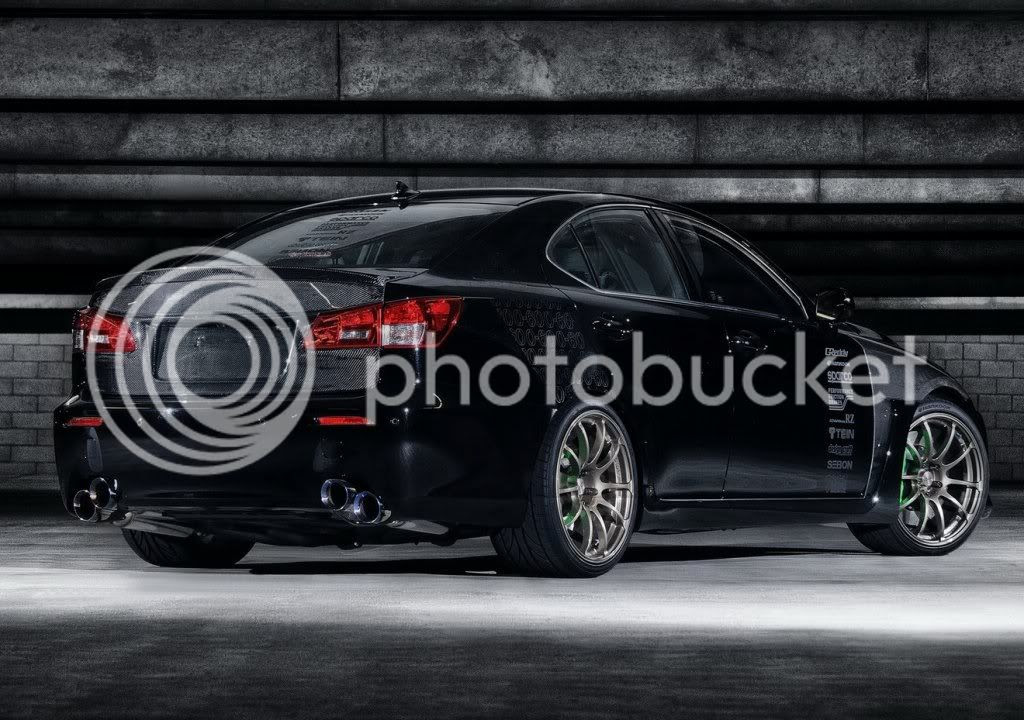 With track performance a common theme among IS F builders, 0-60 Magazine ups the ante on their IS F project with a supercharger to tease out another load of horses from the big V8. Carbon fiber body components reduce weight while lowering the center of gravity and a custom roll cage adds stiffness and protection. A beefy brakeupgrade kit was added to balance the performance equation. 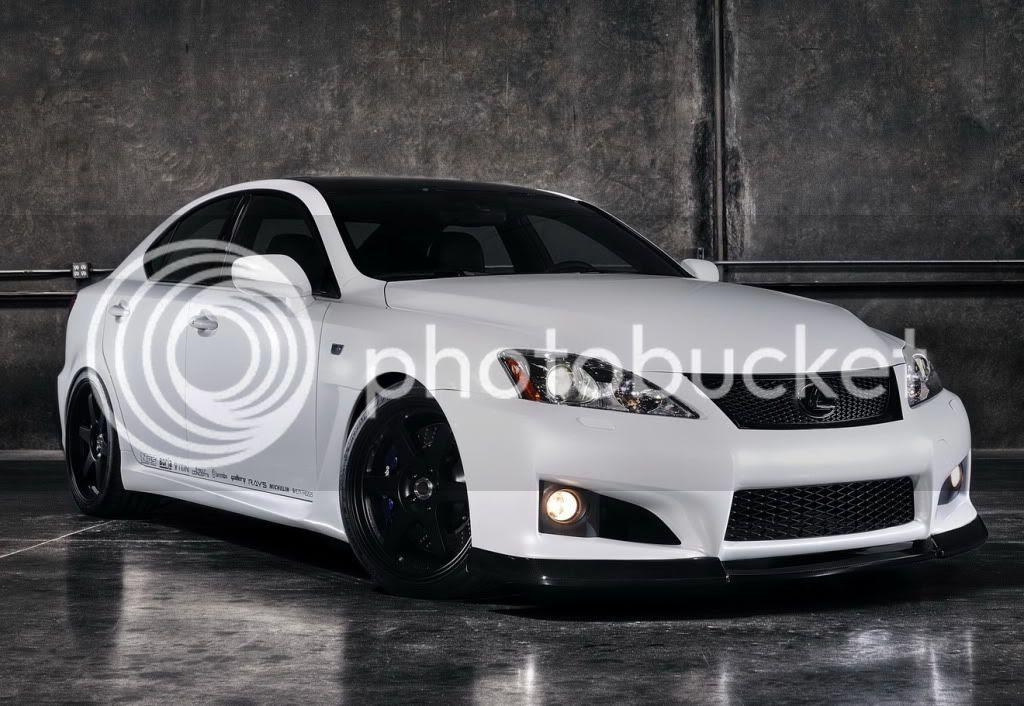 MotorworldHype has taken another path that is a bit less aggressive, yet more easily accessible for the average consumer. Lots of carbon to reduce some unwanted mass and a well-rounded package of suspension, brake, engine and cosmetic changes provide sharper responses in all directions.

IS F by Fox Marketing/Artisan Performance 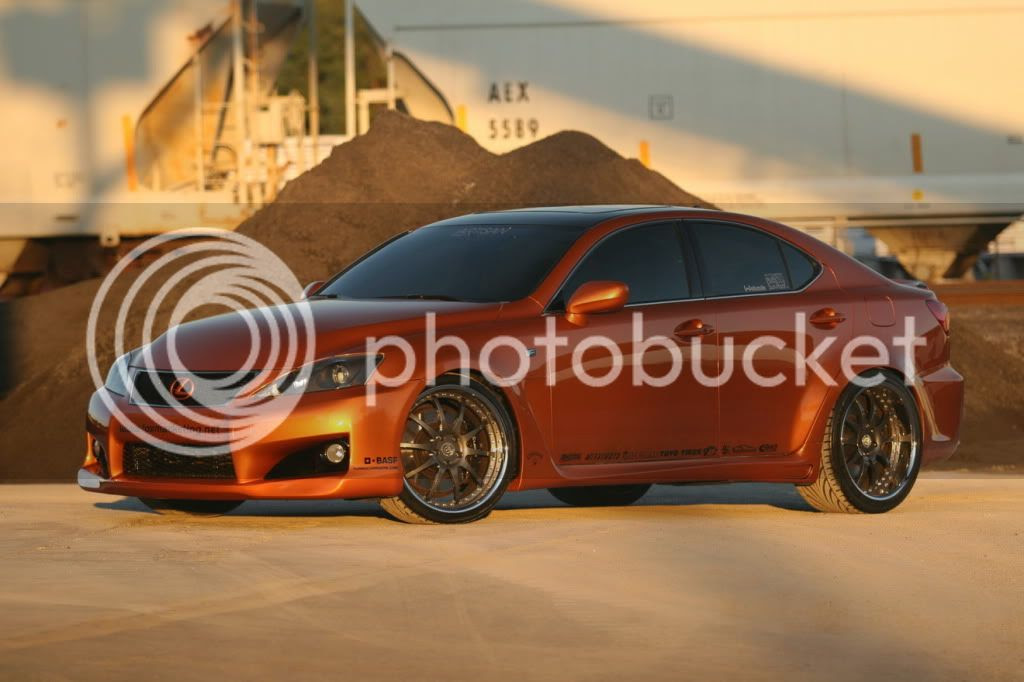 Fox Marketing and Artisan Performance teamed to create this subtle yet aggressive makeover of the already aggressive IS F. The subtle part involves the numerous bodywork changes, which enhance rather than rethink the lines of the IS F, making it look even more muscular in the process. 'Aggressive' can be applied to the engine which gets the full twin-turbo treatment. Fox expects the changes will yield something north of 600 horsepower.